My brothers and I have been gaming together since the very early nineties. We would play anything from NES, Gameboy, Sega and PC. We mostly enjoyed playing games on the computer but we had to share, since we only had one at the time. Before I knew it we had three computers networked together and we would play Doom all the time. I even remember one time my dad borrowed a laptop from his work so he could play with us, it managed to play Doom but not very well. By the late nineties we had an ISDN line, which is faster than dial-up but slower than cable. With this we could all play together online and even have friends over to game with us.

In 2001 we met Adam Sessler, a game enthusiast and TV host, we all managed to get a picture with him. Every year we would go to Gen Con, which is a gaming convention that used to be held in Milwaukee, but is now in Indianapolis. We have been going for years and finally met one of the many celebrities that come to the convention. 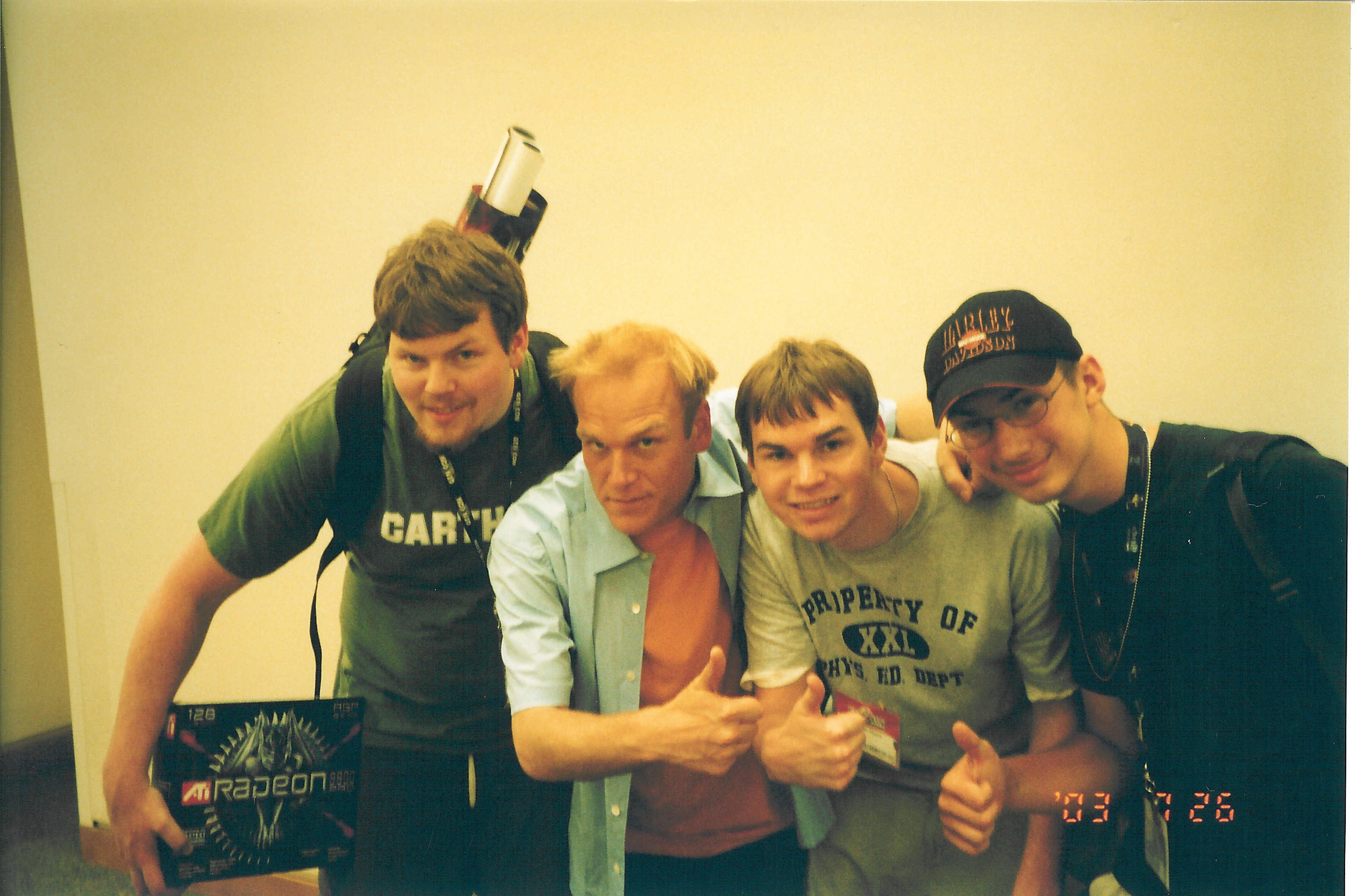 Two years later, in 2003 we met Adam Sessler again, this time it happened to be at Gen Con Indy. He's a very cool guy, we asked him a bunch of question but he wouldn't tell us his favorite game console. That year my brother and I both won video cards, ATI Radeon 9800 Pro 128mb. Not very impressive but at the time these were top-of-the-line $300 video cards.